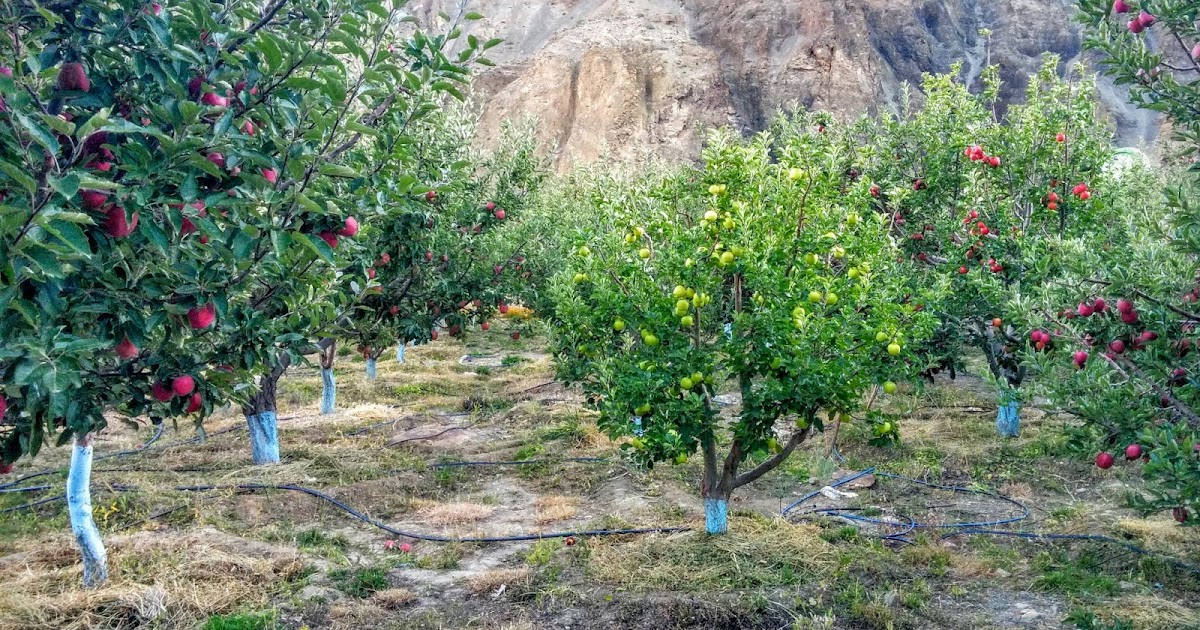 It is referred to as the ‘Ajanta of the Himalayas’. It is home to a Buddhist monastery that is over a thousand years old and that is considered one of the holiest monasteries in all of India and the Himalayas. It is also the place where you can find some of India’s most delicious apples. I am talking about Tabo, the simple Himalayan village of mud huts that is situated in a bowl-shaped valley by the Spiti river in the Lahaul and Spiti district of Himachal Pradesh in India. 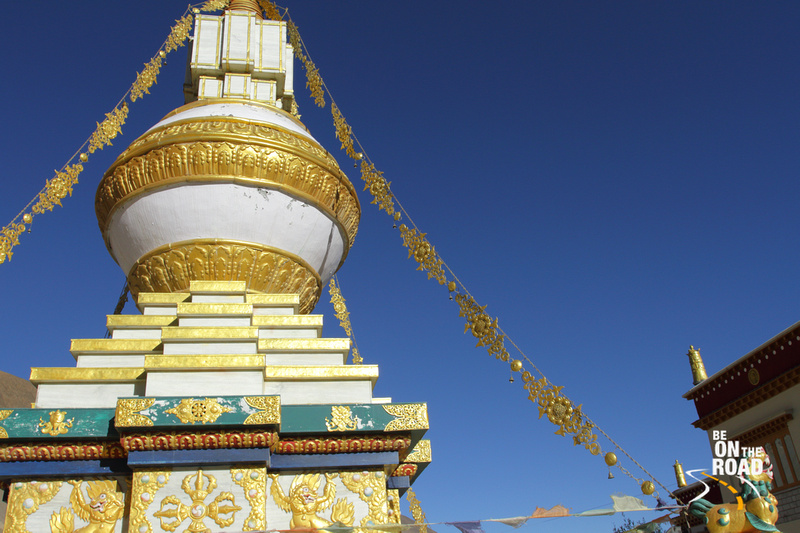 Situated at an altitude of 10, 760 feet, Tabo village lives a quiet existence amidst the mighty Himalayas. People usually visit this laidback Himalayan village for its 10th century Buddhist monastery with its many beautiful murals and wall paintings. The Tabo monastery, is one of those rare Buddhist monasteries to be located in a valley than on top of a hill. Just above the monastery, there are a number of caves carved into the cliff and that were used by monks for meditation. These caves are also home to an assembly hall and some faded paintings. It is these caves that give Tabo the title of ‘Ajanta of the Himalayas’ as they bear an uncanny resemblance to the Ajanta caves near Aurangabad in Maharashtra. In addition to these caves and the monastery, one can see a whole bunch of stupas and chortens all throughout the Tabo rocky landscape. While the monastery, caves and stupas are certainly special, I love Tabo for its juicy and absolutely lip smacking apples. Tabo’s apple orchards, located in the fertile valley of the Spiti river, bear fruit every year between August and October and I think they are the best apples in all of India. The colder environment ensures that the apples are juicier and that they get fully ripe a good 45 to 60 days later than most of the other apple orchards of Himachal Pradesh, Uttarakhand and Jammu and Kashmir.

Tabo is also a lovely destination for a Himalayan village holiday. Fresh food, great hospitality, spectacular landscapes, lots of walking trails and lots and lots of sun make it the kind of place where you can completely de-stress and rejuvenate your physical and mental batteries. 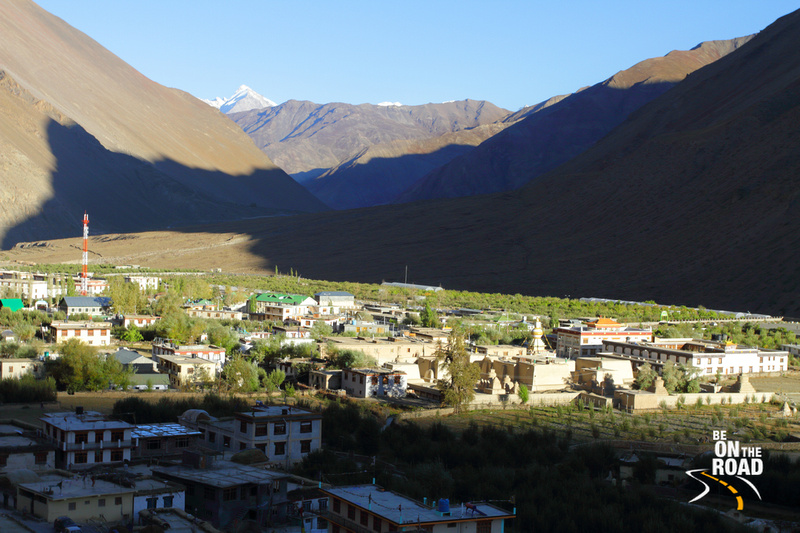 Personally, I will always go to Tabo in September and October for its apples. The joy of biting into a fresh apple plucked straight from an apple tree and letting its juice fall on to your t shirt is something truly special. Not only are these apples simply outstanding, they are also available super cheap (like INR 40 per kg for the golden apples). Which means, during apple season, you can totally indulge in apples by having them throughout the day and in different forms.

If you are an apple lover, I would recommend that you visit Tabo during September and October. You can visit during the other times too and go about visiting its monastery, many walking trails and enjoying its pristine setting. It is an important pit stop on the Spiti valley trail and one that I would recommend heavily. 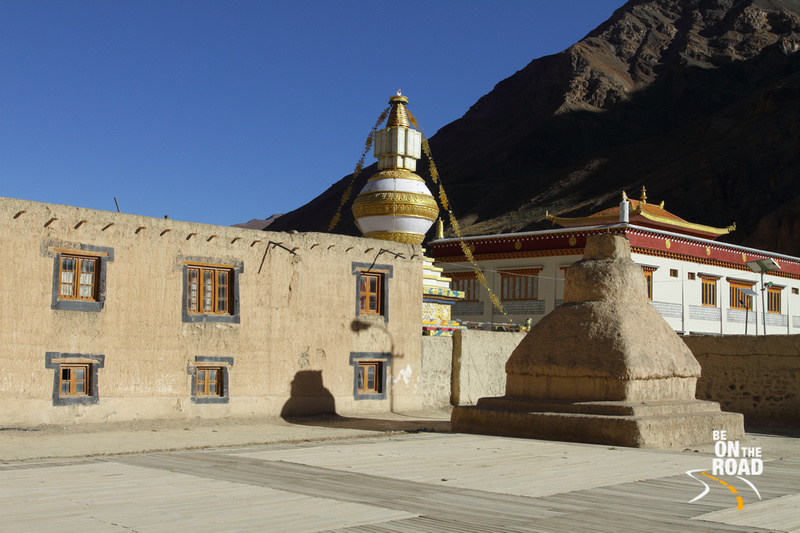 How to reach here:

The nearest airport would be Chandigarh, about 474 kms away.

The nearest railway station would be Shimla, about 362 kms away.

The nearest large bus station would either be Shimla or Kaza.

The only way to reach Tabo is by road. The route is a narrow mountain highway that is at the mercy of nature (landslides, snowfall, accidents, etc.) and hence one should budget in some buffer time to accommodate for delays.

It is best if you have your own mode of transportation. However, buses run by HPSRTC will also take you there, though the number of buses plying every day would be limited to a few.

Tabo is open all year round.

If apple season is on your mind, late September to early October should be the best time to visit.

The peak tourist season is between April and July, which also happens to be the summer season. As more people visit Spiti valley during this time, except roads to be busy and all hotels to be booked in advance.

Autumn, winters and early spring are best for people who can handle the cold, the difficulties that come with it, but love the peace and tranquillity as tourists usually avoid these months. 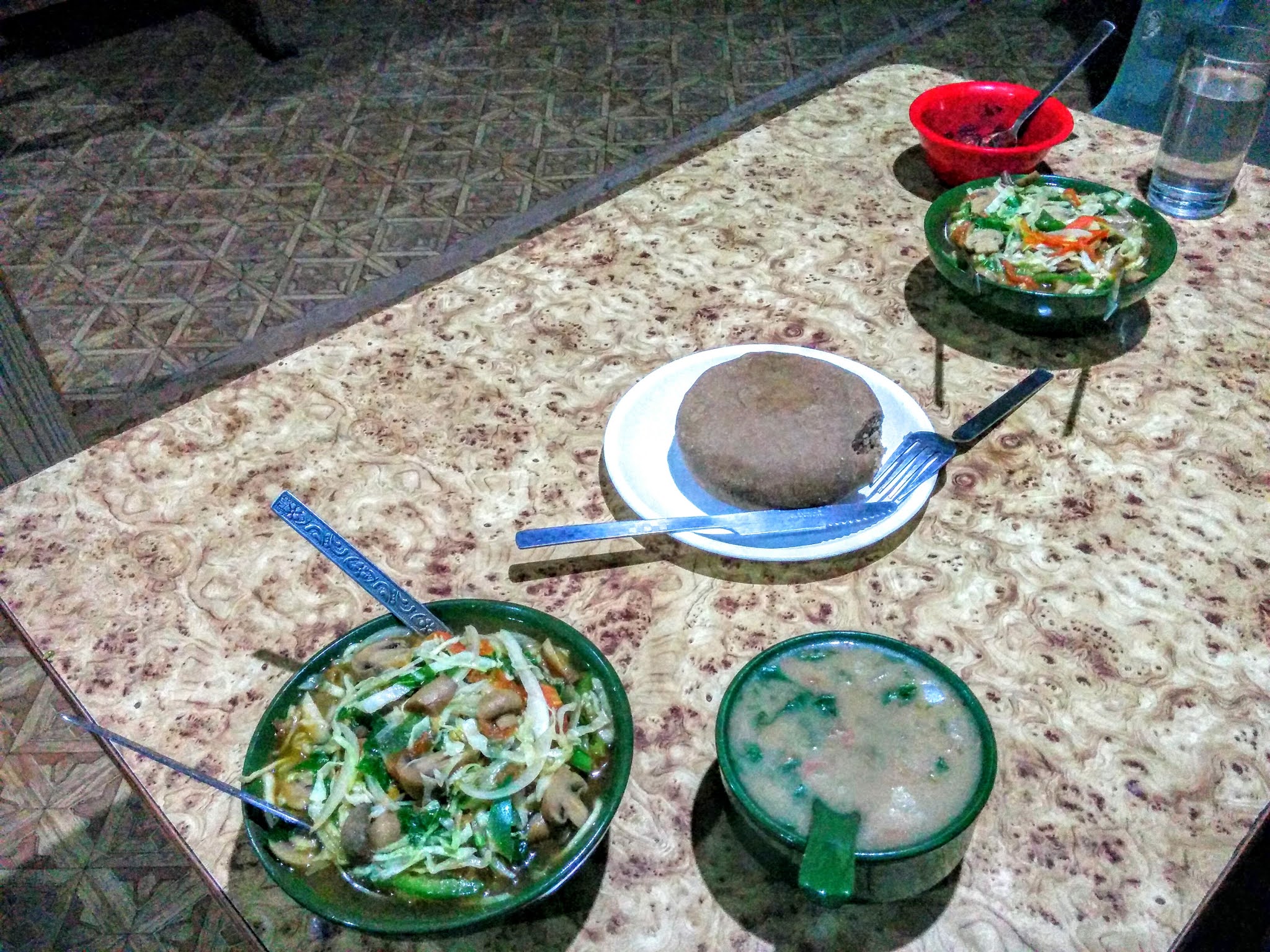 6) Sangla: Another village famous for its apples and views of Kinnaur Kailash

7) Sarahan: A village known for its apples and ski slopes

9) Langza: The Himalayan village that is known for fossils of marine animals

11) Kibber: The village of the snow leopard

12) Komic: One of the world’s highest villages with road connectivity

13) Hikkim: The Himalayan village with the highest post office in the world