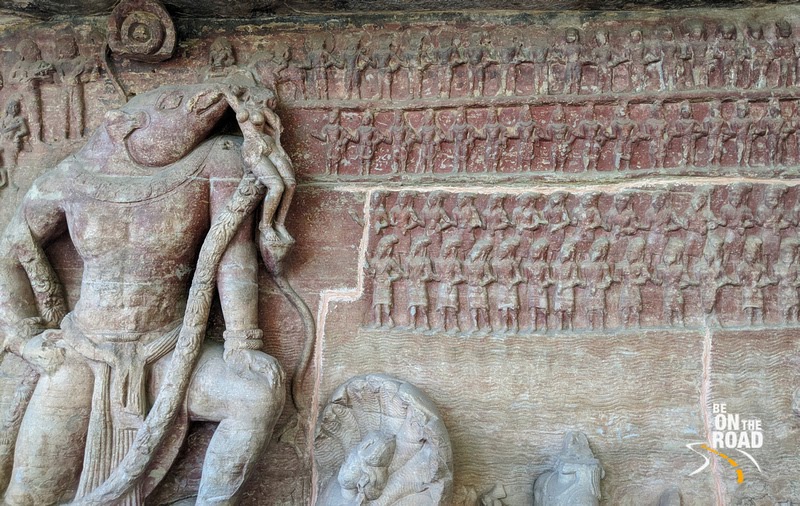 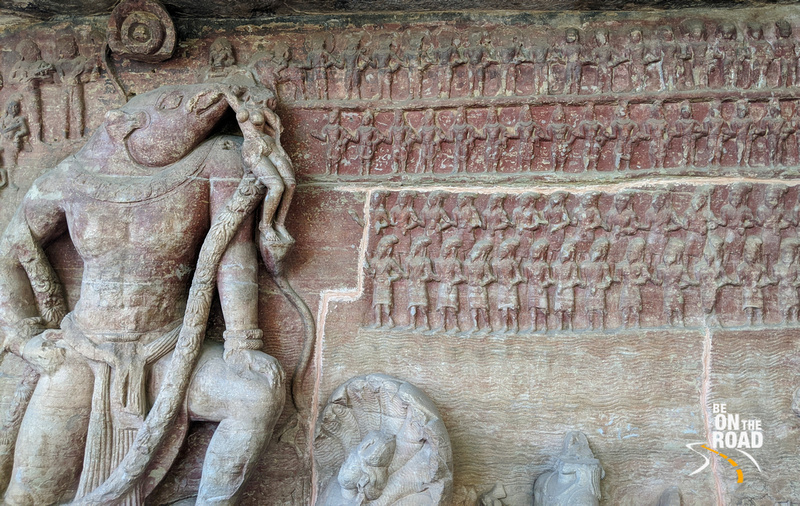 They contain some of the oldest surviving Hindu temples and iconography in India. They are a 5th century cave wonder. Many relics and sculptures from this place can be found in museums across the country. I am talking about the twenty rock cut caves at Udayagiri in Madhya Pradesh.

Located just 60 kms from the capital city of Bhopal, Udayagiri caves is a group of temples and monasteries from the Gupta era that were carved out of a hill. These rock-cut caves contain iconography of Vaishnavism, Shaktism, Shaivism and Jainism. While Jainism is limited to only one cave, the other 19 caves are dedicated to Hinduism.

Udayagiri, which literally means ‘sunrise mountain’, was following Surya tradition since 3rd century BCE. During the prime of Buddhism at Sanchi, Buddhism made its way to Udayagiri in the 2nd century BCE. And these rock-cut caves were built under the patronage of Chandragupta II in the late decades of the 4th century. By then, Hinduism had firmly planted its roots at Udayagiri.

The iron pillar located in the courtyard of Quwwat-ul-Islam at the Qutb Minar site in Delhi and the Udayagiri lion capital that is located today in the Gwalior Fort archaeological museum are believed to be from the land of Udayagiri. There are inscriptions on these that give us insight into the rich past of Udayagiri. Even the Heliodorus stone pillar located at Vidisha has inscriptions that talk about the historical richness of this land.

The Udayagiri caves are a beautiful example of classical Gupta-era art. 9 caves are dedicated to Vaishnavism, 7 to Shaivism, 3 to Shaktism and 1 to Jainism. Caves 1, 3, 4, 5, 6 and 13 have the most sculptures. Cave 19 is the largest.

The highlight of Udayagiri has to be Cave 5. It has been described as the iconographic centre-piece of Udayagiri. Dedicated to Vaishnavism, it contains the colossal Varaha avatar relief panel where Lord Vishnu rescues Bhudevi from the clutches of demon king Hiranyakashyapa whol had held her captive in the deep bowels of the cosmic ocean.

Cave 6, which is dedicated to Shaktism, Shaivism and Vaishnavism has the carving of Goddess Durga as Mahisasura Mardini where she is slaying the buffalo demon Mahisasur. This is one of the earliest representations of this Durga legend in a cave temple. A seated Ganesha to the left of this cave entrance is one of the earliest known Ganesha reliefs.

Cave 13, which is dedicated to Vaishnavism, has a large Anantasayana panel of Lord Vishnu in resting position.

While caves 5, 6 and 13 are the most dramatic, the other caves are also worth visiting. In fact, I would recommend visiting Cave 5 first and then slowly make your way up to the top of the hill for a 360 degree view of the forested hills and valleys near Udayagiri. 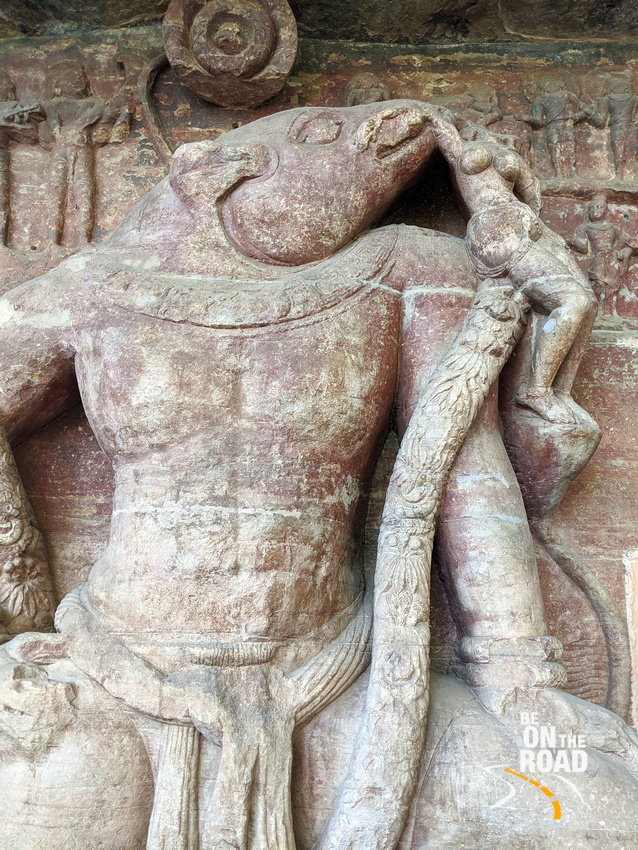 Temple and culture lovers, history and archaeology students and enthusiasts and regular tourists are bound to enjoy the riches of these 20 odd rock-cut caves at Udayagiri. Some of the work depicted here is truly extraordinary and will take us on a trip down the lane of our rich culture. A beautiful site that is highly recommended to visit on your next trip to Madhya Pradesh.

Bhopal (60 kms away) is the nearest airport and railway station. From Bhopal, one can hire a cab or a self-drive rental to visit Udayagiri caves.

2) Bhimbetka rock shelters: An UNESCO world heritage site and home to some of the oldest known rock art in the Indian subcontinent

3) Bhojpur: Home to the largest Shiva lingam in the world

4) Taj-ul-Masajid: One of the largest mosques in Asia

5) Bhopal: The beautiful city of lakes that is known for its greenery, culture and food

6) Chanderi: The historical city famous for its sarees

7) Orchha: The hidden capital of the Bundelkhand kingdom